I think it is safe to say that most Estonians wouldn’t claim that their country is best-known for its food. In fact for the majority of us the local cuisine might stay the next big secret, but in case you are curious – traditional Estonian kitchen celebrates simple peasant food: meat, fish, potatoes, as well as rye bread and a variety of dairy products. Estonian eating habits are also closely linked to the food traditions of nearby countries and are deeply influenced by pure Estonian nature.

However, it is absolutely fair to say that Estonia is a country of good quality food. For instance, the local taste palate is stipulated by four seasons. A necessity back in the days, but in the age of food abundance, rather a mindful use of a local produce. A culinary trend more and more widely recognized in the world.

As Estonian cuisine, the national fish of Estonia – Baltic herring – is also often overlooked. Coming from the Baltic region myself, I felt responsible to share with you my experiences with this little sea fish and perhaps even to encourage you to try something new. 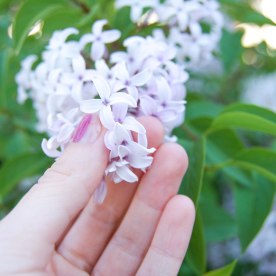 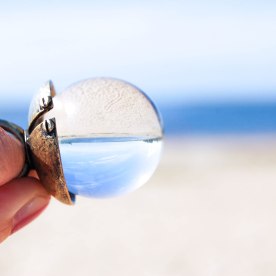 View on Gulf of Finland

A spoonful of Baltic with a twist: pickled herring bites

My 20 min after work Korean dinner

A spoonful of Baltic with a twist: pickled herring bites

Georgian Aubergine with garlic and cilantro

Quote of the day:

"One of the very nicest things about life is the way we must regularly stop whatever it is we are doing and devote our attention to eating."